Rita is currently the President of the Arts Consortium.  She has served on the board for the past nine years.  She retired a few years ago after a career in education. During her career in education, she saw firsthand the importance of the arts in a child’s life. She found that some children who had problems adjusting to school, found solace and acceptance by participating in artistic endeavors. On a personal level, both of her children were involved in musical theater during elementary, middle school and high school. Rita notes that through their involvement in the arts, they found confidences and abilities they didn’t know they had.  Rita’s introduction to the Arts Consortium was through her daughter. She founded the Visalia Opera Company which began as special project under the umbrella of the AC. Rita is thankful to the Arts Consortium for the opportunity it has not only given her daughter, but also the many other gifted and fantastic artists in this region. The Arts Consortium’s mission is to “advocate, promote, provide opportunities to create, and celebrate the arts” in this area. For this reason, she is thrilled to be a part of the Arts Consortium.

Volunteer Fundraiser – Community Event Planner – Art Appreciator (not an artist but knows the value of art for the soul) Mary Jo is enjoying her time on the Arts Consortium’s Board. Her being on the AC board and the Board for Arts Visalia, she feels it helps to keep different parts of the art world in partnership. Mary Jo has been involved with the Arts Consortium since 2004, and also involved getting the approval of the Tulare County Board of Supervisors to allow the Arts Consortium the county approved designated Arts Council of Tulare County.

Mary Jo’s volunteer work and personal joy is centered on Arts Visalia and fundraising for children’s art classes and gallery exhibits.  She is also a good helper for many other events organized by the Visalia Breakfast Lions club and the Arts Consortium. And when not volunteering she is playing Pickleball. Michael is a retired architect in Visalia. He grew up in Tulare where his family had a clothing store, Safarjan’s Mens Store.  Michael graduated from Tulare Union High School and received a BA degree in business, psychology, and art from San Diego State University.  After college, he decided to pursue his desire to be an architect and began a series of apprenticeships with various local architectural firms. During college, he had attended a lecture by Bruce Goff, an internationally famous architect who designed unique and artistic structures.  After a few years working in Visalia, he drove to Tyler, Texas, where Mr. Goff was practicing and was offered an apprenticeship. He spent three years in Goff’s studio, where he met and interacted with a variety of artists and architects from around the world and worked on some amazing projects.  His experiences there solidified his love for art and design. Michael practiced architecture in Visalia for over 30 years before retiring. He currently spends his time gardening, traveling, and volunteering in the community. 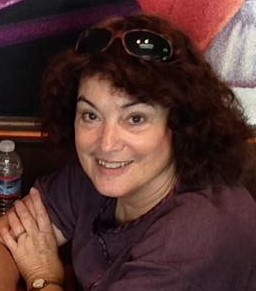 Donna was an original part of the fledgling Arts Consortium back  in 1995 when it was started by a few arts group members who wanted to promote the arts and coordinate calendars. The Arts Consortium has grown so much since then! As a journalist, Donna’s main effort is in writing stories about the arts and promoting arts events. She has been on various arts boards, including the Visalia Fox Theater, Sequoia Symphony, Read for Life and ImagineU Children’s Museum.

She coordinates the Brandon-Mitchell Gallery located in the Center for Spiritual Living Visalia. The gallery hangs a new show every other month and is part of Downtown Visalia’s First Friday Art Walk. During Covid, she has been learning video editing and posting virtual art shows on the Brandon-Mitchell web page, which is great fun. Having videos posted of the shows allows us to learn more about the artists and their works and lets anyone see the shows from the convenience of their homes.

The Arts are vibrant in Visalia, and the Arts Consortium continues to host events and get out the word about the importance of art in the world. Creativity is inherent and should, and can, be nurtured at any age or stage in life. Much of Christina’s has been expressed through theatre arts, teaching and directing middle school production for 12 years, and participating in all aspects of production with Visalia Community Players and other local groups. Post retirement she coordinated art exhibits at 210, meeting many of this area’s visual artists and becoming acquainted with diverse local music groups.  She finds herself drawn to the enthusiasm and unique perspective of emerging artists, and inspired to again nurture her own creativity through sketching, mixed media, fiber art, photography, and design.  She believes strongly that the arts, in all their expressions, are essential to a well- rounded life and the culture of a vibrant community, a concept that is at the root of the Arts Consortium’s purpose and many partnerships and programs. 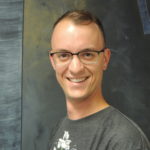 David is a full-time instrumental music educator in Tulare, California, having previously held teaching positions in Las Cruces, New Mexico and East Lansing, Michigan. As a classically trained oboist he has performed internationally as a member of the Las Cruces Symphony and the Orquesta Sinfónica de la UACJ in Ciudad Juárez, Mexico. David holds a Master of Music degree from Michigan State University and a Bachelor of Music degree from The University of California, Irvine.  David also owns and operates Absolution Woodworks, a full-service woodshop, out of his home in Visalia. He specializes in live edge furniture and geometric cutting boards, drawing inspiration from American furniture designer Greg Klassen and the New Bauhaus School of Design. David is particularly drawn to works by urban underground, new contemporary, and outsider artists such as Ron English, Tyree Guyton and Wesley Willis in addition to more well-known artists such as Georgia O’Keeffe and Pablo Picasso. His favorite musical artists include Brian Wilson and the Beach Boys, Mewithoutyou, Paramore, and The Chariot. 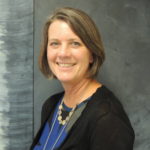 Leslie has no artistic talent, but a great appreciation for the arts! She became involved when she was assigned by the City of Visalia to staff the Cultural Plan development for the City of Visalia in 2007. She was enthralled by the potential for the Arts to be an economic and cultural stimulus in our community and has been active with the Arts Consortium ever since. She is the Assistant City Manager, is involved with several farming operations and enjoys volunteering in the community.

Ampelio Mejia Perez grew up in Porterville and has lived the majority of his life in the Central Valley.  He received a Bachelor’s Degree in Studio Arts in 2008 from the California State University in Chico, with a split emphasis in Sculpture, Painting, and Printmaking.  After school, he traveled near and far after university and returned to the area to work as a paralegal and brief writer for a local non-profit while doubling as a community arts educator for all ages.  He joined the Arts Consortium in 2016 as Project Assistant.  He went on to become Project Director, then General Manager and is currently the Executive Director of the Arts Consortium and My Voice Media Center.

Olivia has been working as a peer support specialist for the My Voice Media Center since 2012. She loves to write poetry and paint and finds it very therapeutic. Although she struggles with a mental illness she doesn’t let it get in her way, and she does the very best she can every day.  Olivia uses techniques she acquired at UCLA’s 2017 Arts and Healing Conference to lead participants through a wide variety of short-term art exercises.

Caitlyn grew up in Tulare and graduated from Southern New Hampshire University in 2022, where she received her Bachelor’s Degrees in Graphic Design and Media Arts. In her free time, she enjoy’s drawing, working on her 1952 Ford Fairlane Project Car, and spending time with her family and new puppy.

Halonnah Hope Kay (she goes by “Hope”) is the Project Coordinator with the Arts Consortium and works with the My Voice Media Center Project.  She was hired on as an Arts Facilitator in January of 2018 at the Arts Consortium.  She facilitated Art media from Drawing to 3D art forms, both in person, and on Facebook Live and Google Classroom.  She was hired as Arts Consortium, Project Coordinator on November 27th, 2020. She finished her AAT in Studio Art in 2019, and is a first-generation college graduate.  She will receive her Bachelor’s degree in Art Education from The Academy of Art University in June, 2021.  She has always known she would work with art and has pursued her dream from San Diego State University, to Los Angeles Valley College, to Porterville College and College of the Sequoias.  She is thankful for art and the assets that it brings into her life.  It is a dream worth pursuing.